Home | ABOUT | ABOUT JORGE

One Ride Pyrenees is Jorge’s dream made real. He was living in Ainsa when he decided to work in what he likes most: sharing the awseone network of Zona Zero trails  .

He started chasing singletracks in the latte 80’s with his BMX stile children bike. Advised by his grand father Pedro he was riding the donkey paths beteewn olives and chestnut trees in his natal Sierra de Gredos.

Afther years looking for single tracks in places like Granada, Zurich, Davos, Jaca or Lanzarote he came to live in Aínsa in 2011. When he discovered Zona Zero a love story began.

The mountains, the clima and all those amazing, no-end singletrack netork… He had never stop riding since then¡

Engaged to exploring every single segment around Ainsa, he is involved in trail clearance and maintenance, work on every event organization and lead initiatives for the young riders in the area. 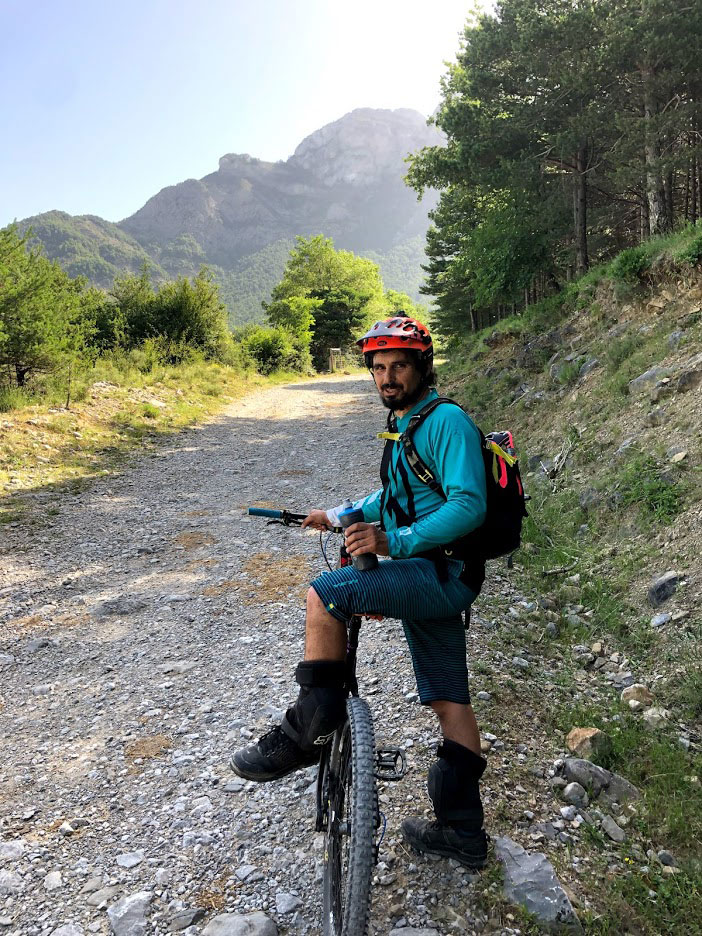 A MTB Guide with the right trails for you.

He is comited to safety leading people throw the trails of Ainsa. He got the best possible formation:

No more worrying about your bike.

MTB is a hard work for our bikes, everybody knows. Afther years of home DIY repairs Jorge has become a Pro bike mechanic. He has worked at Intersport l’Ainsa, Zona Zero’ service center, during season 2018. He will take care of your gear, seting your suspensions for the best performance out on the trails or fixing almost any issue during the ride.

Comunication? That’s not a problem.

He is polyglot, been Spanish is his mother tongue. French and English are his second and third toungue. But he also speak German, Catalan and a little bit of Italian. In addition hi is a Geologist and Master’s in secondary education. He love communication.

© 2020 One Ride Pyrenees
Theme by jcbs1979
We use cookies to ensure that we give the best user experience on our website. If you continue using this site we will assume that you agree.OKNoCookies policy
Revoke authorization